Understanding ESG / Viewpoint
Pandemic’s innovation lessons for climate crisis
As with the development of Covid-19 vaccines, confronting today’s mounting climate challenges requires close cooperation between the public and private sectors, as well as between countries. Shaping markets and industries via the right policy mix of targeted government financing and procurement can accelerate the green transition

While the Covid-19 crisis brought much suffering and many socioeconomic burdens, it has also shown how targeted cooperation between the state and business can speed innovation. Addressing the climate crisis calls for similarly creative collaboration.

In both cases, accelerating innovation and experimenting with local solutions is necessary but not sufficient. Essential technologies – whether vaccines or renewables – must be diffused globally.

The first Covid-19 vaccines were granted emergency use authorizations in the United States and the European Union less than a year after the pandemic began. Established innovation systems and adequate manufacturing capacity were important factors. Without longstanding cooperation between private and public institutions, and government promotion and funding of research, rapid Covid-19 vaccine development would not have been possible.

For example, the vaccine developers BioNTech and Moderna are university spin-offs that received substantial public funding during important phases of their development. BioNTech, which grew out of the Johannes Gutenberg University Mainz, received about €17 million (US$18.2 million) in research and start-up funding from the German Federal Ministry of Education and Research (BMBF) even before the Covid-19 pandemic. Moderna, founded in 2010 by a group of Harvard professors, secured US$25 million in funding from the US government’s Defense Advanced Research Projects Agency (DARPA).

Equally important were research institutions such as the University of Oxford in the United Kingdom and bodies like the National Institutes of Health (NIH) in the US, both of which were directly and indirectly involved in different stages of Covid-19 vaccine development. Research institutions in some middle-income countries, such as Fiocruz in Brazil, also played a significant role.

Building on this existing capacity, governments then provided targeted support to accelerate vaccine development and de-risk investments in alternative vaccine platforms. First, government funding agencies provided grants. For the development of the joint BioNTech-Pfizer vaccine, Germany’s BMBF provided €375 million in milestone-based funding, of which nearly €240 million was disbursed in 2020. This corresponds to about 25% of the two firms’ development costs up to the time the vaccine was approved. Moderna, meanwhile, received nearly US$1 billion in US government funding for vaccine development in 2020, and worked closely with the NIH to conduct clinical trials.

Shortly before that, Moderna received US$1 million from the Coalition for Epidemic Preparedness Innovations, a public-private initiative established in 2017 to promote vaccine development to combat epidemics. CEPI also provided over US$500 million of funding to different organizations in 2020 for Covid-19 vaccine development. Over 90% of the funding was public, with more than 40% coming from the UK and Germany.

In addition, government advance-purchase agreements ensured that the necessary production facilities could be built in parallel. In the event that a developer secured regulatory approval for its Covid-19 vaccine, these contracts provided a procurement guarantee for an agreed number of doses.

Complementing the parallel promotion of supply and demand, jurisdictions accelerated their approval processes for vaccine licensing. Public authorities reviewed available data immediately after each clinical trial phase rather than after completion of the overall trial, as is usually the case. They also supported the preparation and implementation of independent control studies.

So, what is the significance for the effort to combat climate change?

Tackling the climate crisis also will require the rapid acceleration of innovation and the associated scaling of production capacities within the framework of a mission-oriented innovation policy. Demand-side funding in the form of advance purchase agreements could be applied to climate-related innovation, too. In the US, for example, public procurement is now an important component of innovation policy and a key driver of financing. The US government spends an estimated US$50 billion annually on innovation-based procurement, equal to nearly one-third of federal spending on research and development.

Other important building blocks include mission-oriented innovation agencies, such as DARPA, the Advanced Research Projects Agency – Energy, and the Biomedical Advanced Research and Development Authority. US President Joe Biden plans to establish a new agency to promote climate innovation. At the state level, agencies like the New York State Energy Research and Development Authority are experimenting with models to crowd in investments in innovative projects to support the green transition.

The dovetailing of R&D funding and public procurement has been central to US innovation agencies’ success, including with Covid-19 vaccines, and this model should also be incorporated in the coming years into the European Green Deal and associated sustainable-recovery programmes. But policymakers must develop new approaches to achieve an appropriate distribution of costs and benefits between private and public actors. Given the German government’s large investments in the development of the BioNTech-Pfizer vaccine, one could ask why it was not possible to influence its subsequent distribution, the use of patents, or even to secure a share of the resulting profits.

As with Covid-19 vaccines, the diffusion of new climate technologies and place-based innovations is still not sufficient, and they remain concentrated in a few countries. The rich world is asking low- and middle-income countries to play their part in mitigation and adaptation, but transfers of technology and financial resources – including debt relief and restructuring – currently fall well short of what is needed. At the same time, the pandemic has accelerated the increase in debt levels in developing and emerging economies that started with the global financial crisis. Private debt in these countries now exceeds 140% of their GDP, on average, the highest level in 50 years and more than double the pre-2008 ratio.

Confronting today’s mounting climate challenges – like developing safe and effective Covid-19 vaccines – requires innovative forms of cooperation between the public and private sectors, as well as between countries, designed to channel resources toward a new sustainable technological and economic paradigm. Shaping markets and industries via the right policy mix of targeted government financing and procurement promises to open new windows of opportunity and accelerate the green transition.

Antonio Andreoni is an associate professor of industrial economics and head of research at the UCL Institute for Innovation and Public Purpose and a visiting associate professor of the Fourth Industrial Revolution at the University of Johannesburg’s South African Research Chairs Initiative; and Rainer Quitzow is a research group leader at the Institute for Advanced Sustainability Studies. 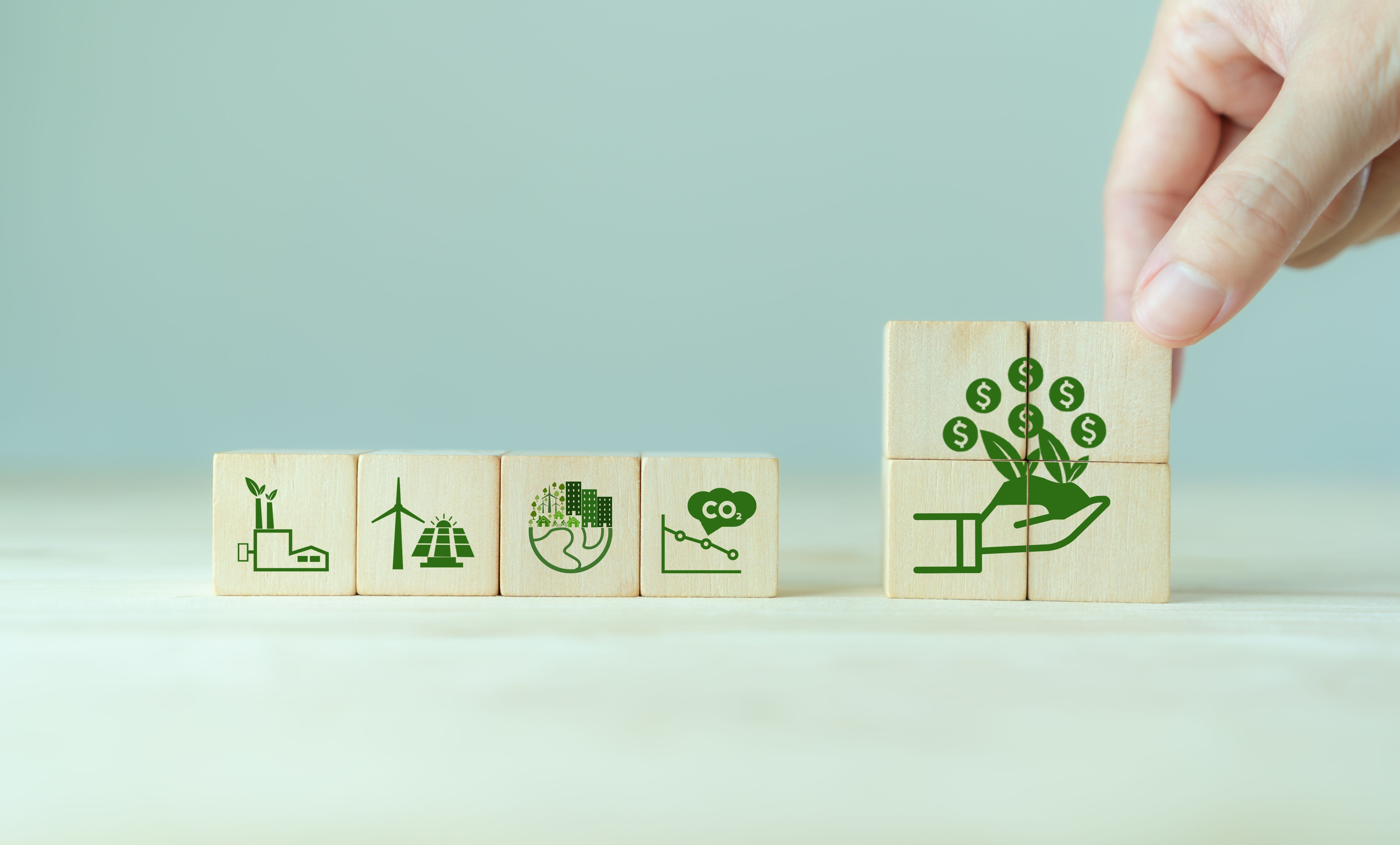